The art direction and mise-en-scéne of “Sacrilége” is a collaboration with the Festival Musiques Interdits, a cultural action that aim to rehabilitate major musical works banned by in the past (mainly by dictatorship and religion). The overwhelming and scandalous operas that composed the show, Sancta Susanna (1922) by Paul Hindemith and Sodome et Gomorrhe (1963) by Karl Hartmann, are rediscovered within the festival created by Michel Pastore and staged at the Theatre Toursky of Marseille (FR).

The Nazi cultural leaders banned the major composers of the beginning of the century since 1933 labelling them as “Degenerate Music” and “Sancta Susanna” by Paul Hindemith, known for causing a great scandal at the Frankfurt Opera in ’22, was one of them banned also by the Vatican with the rest of Hindemith’s composing. Similar fate the one occurred to the last masterpiece of Karl Hartmann, self-prohibitive and resistant to the Third Reich, which in 1963 composed his latest works “Sodom and Gomorrah” based on the text of Jean Giraudoux to denounces the end of the world, the end of our XX century expectations. 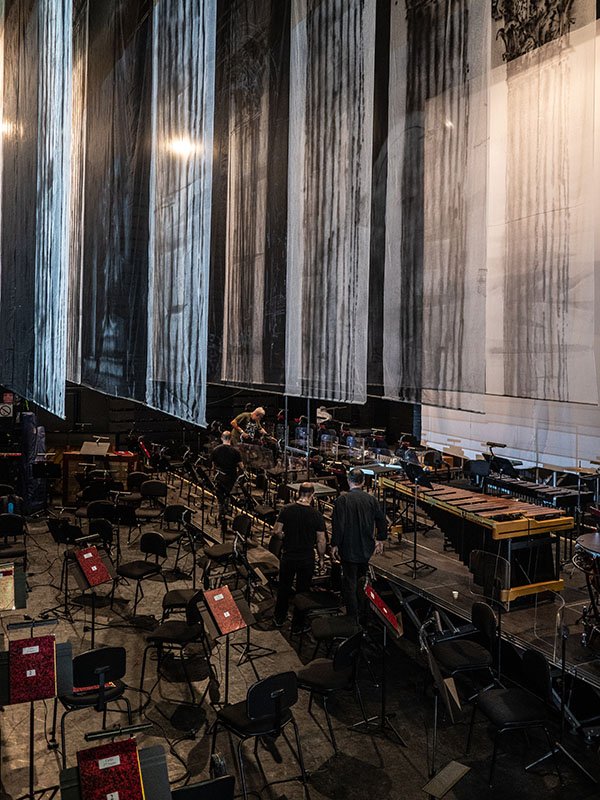 The ambition was to mix different arts on stage to create a different experience than the one to which is used the lyrical public. By working with live animated painting, with video art as an evolving scenography, with costumes and lights, the stage is enriched with medium through which reach the public to transmit and express the strength and poetry of these operas. 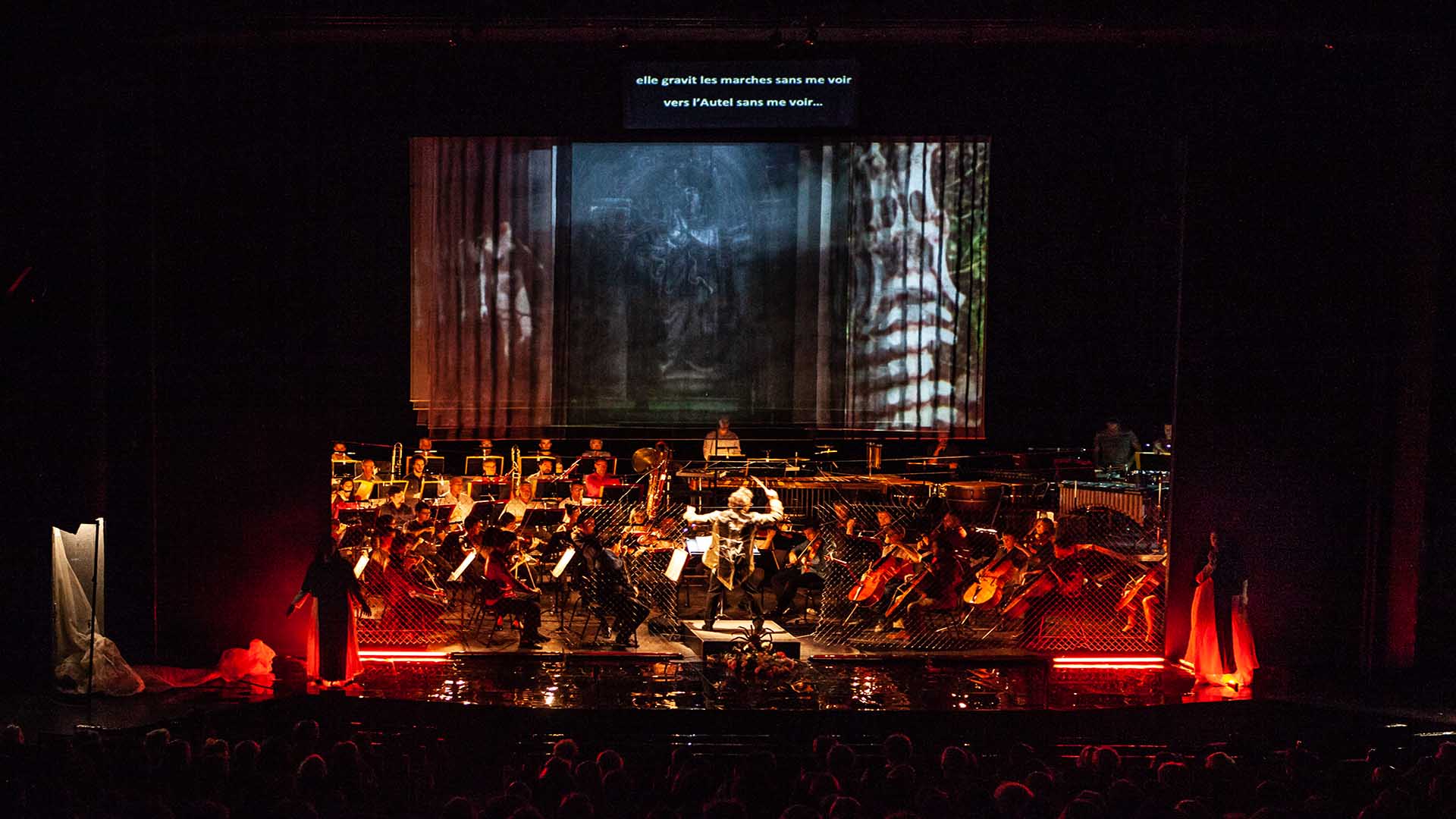 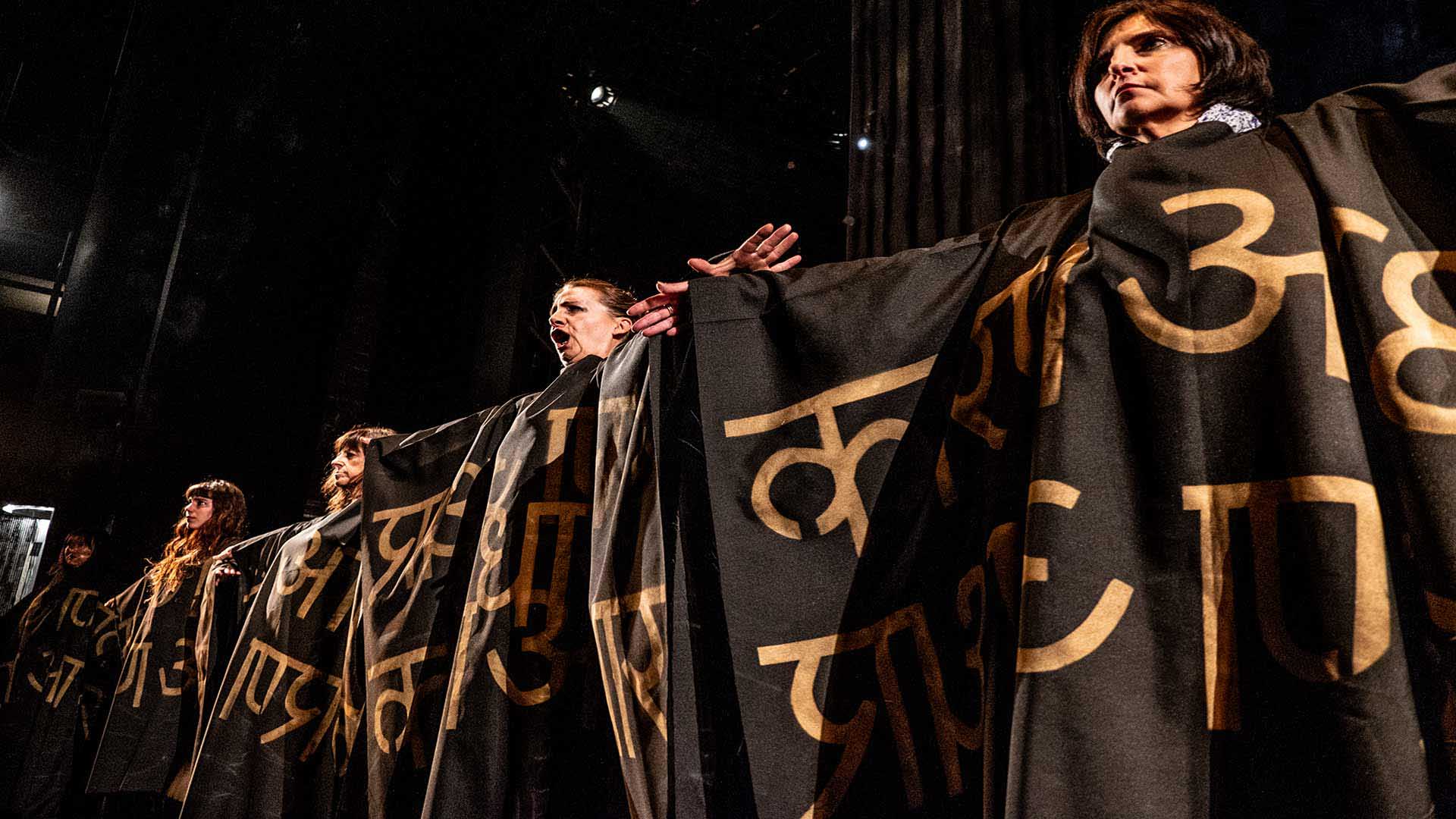 The art direction and scenography of “Sacrilége” have been realized in collaboration with TeatrInGestAzione, as staging consultants, and Federica Terracina, as costume designer. “As co directors of the staging, we tried to build a balance between the strong elements that constituted the “Sacrilège” operation: the 76 elements of the Marseille Orchestra, the artistic vision of Gonzalo Borondo, the singers and the two operas composed in different periods. A balance given for absurd by the breaking of the rules. Sacrilegious can be defined the subversion of the operatic environment that we proposed. From the costumes, edited by Federica Terracina, to the new position on the scene of the Maestro. We have therefore entrusted ourselves to the same space as the Toursky, in particular the aerators of his proscenium have become the cells of Susanna and Klementia; while from his central ambo, above the musicians, the Archangel listed the evils of the world. The result was a hybrid work rather than an opera (!).” Anna Gesualdi and Giovanni Trono, founder of TeatrInGestAzione 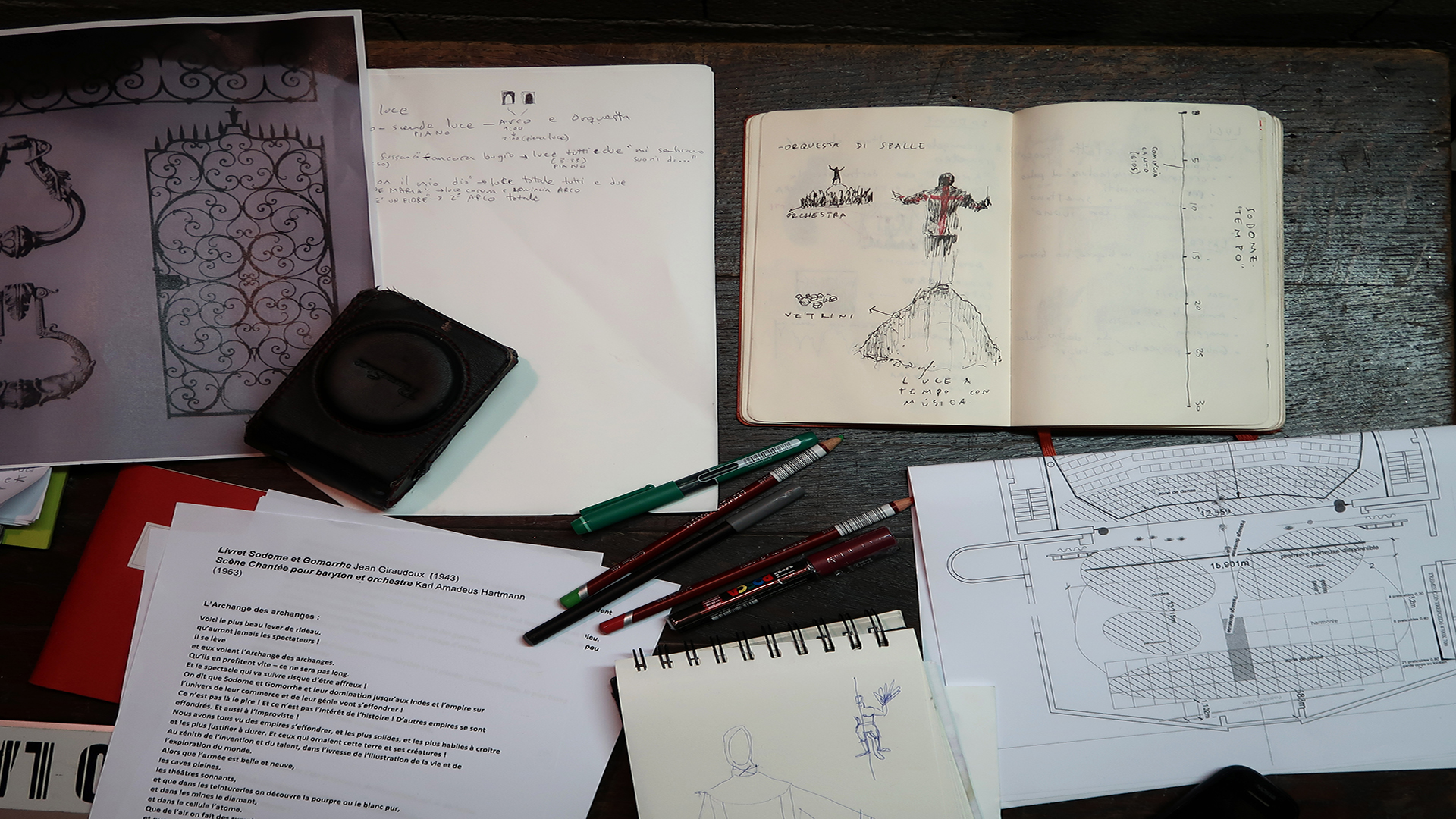